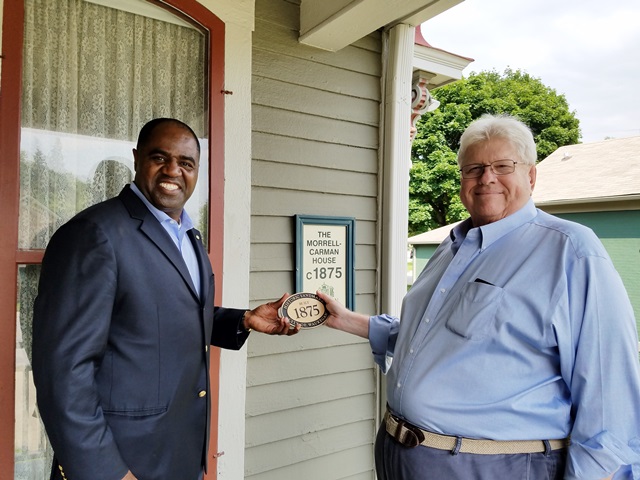 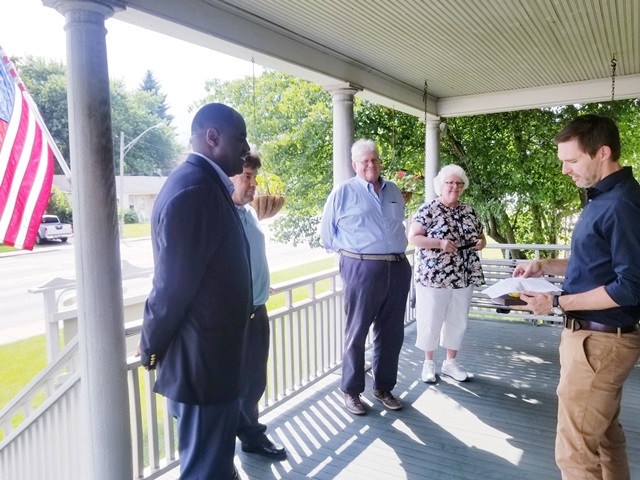 Ty Rohrer (right), Chairman of the Historic Preservation Commission, gives the history behind the home, its owner, and her ties to the community. Gertrude Carman was a long-time teacher and principal for who Carman-Buckner School was named. She lived in the house almost her entire life of 101 years. The residence was also named a Bicentennial Landmark for the 1976 celebration of the nation's 200th anniversary.