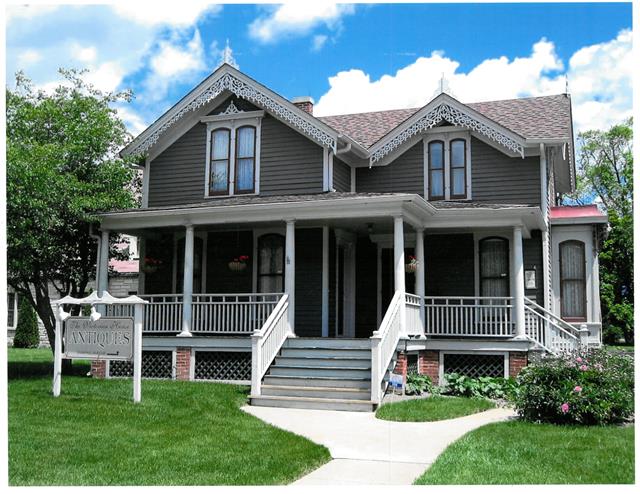 The Morrell-Carman residence at 650 Grand Avenue is a highly significant structure that is a contributing landmark in Waukegan's Near North Historic District on the National Register of Historic Places (listed May 3, 1978). The iconic home portrays a significant value as part of the historic, heritage or cultural characteristics of the community. The residence is also identified with a person who significantly contributed to the community. The residence is also representative of the distinguishing characteristics of Victorian architecture inherently valuable for the study of a period, type, method of construction and use of indigenous materials. The home was constructed circa 1875, which has architectural as well as cultural significance to the community. Architecturally, it is one of the few intact examples of Victorian, vernacular middle class homes. While considered Queen Anne in style, it also has many characteristics of the Italianate style as well, including the arch and hooded windows, and bay at the side of the residence. When looking at an early photograph of the residence, one can see the characteristic square porch columns, complete with decorative scrollwork and corbels. A later colonial porch was added, probably in the early 20th century. This house is one of the few examples left with its original bargeboard gingerbread, peak decorations, and architectural cutouts over the windows.

The house also has strong cultural significance as the home of Gertrude Carman, long-time teacher and principal for who Carman-Buckner School was named. She lived in the house almost her entire life of 101 years. The residence was also named a Bicentennial Landmark for the 1976 celebration of the nation's 200th anniversary.