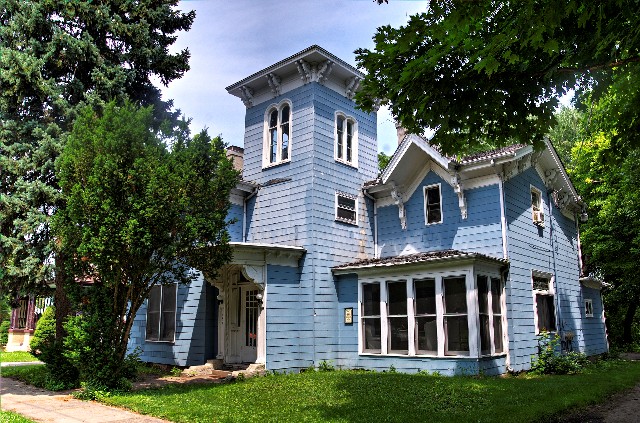 The City of Waukegan recognizes the James Y. Cory Residence's identification with a person who significantly contributed to the development of the City of Waukegan. It was built during a time of tremendous growth in Waukegan's history. Cory, an early settler and entrepreneur of Little Fort (Waukegan), Illinois, played a significant role in the development of the community. Cory was part of many ventures including helping to organize the Waukegan Gas Light and Coke Company, organizing Waukegan Fairs, and was also owner and editor of the Waukegan Gazette newspaper from 1858 to 1871.

James Y. Cory was appointed postmaster of Waukegan in 1861 by President Abraham Lincoln and reappointed to the post in 1869 by President Ulysses S. Grant.

The residence was also the birthplace of James' daughter Kate Cory (1861-1958). Kate Cory was an artist and photographer who gained repute for her work with the Hopi Indian tribe in the Southwest United States. Kate Cory is considered one of the West's most famous artists.